Around the turn of the millennium, 80% of all companies facing restructuring were on the verge of business collapse. The prominent examples of Holzmann and big names from the German banking industry testify to the fact that it’s often too late to turn a company around once it has reached this stage. It is therefore advisable to act early in implementing a permanent program of operational excellence.

Ensuring management and control, empowering people to implement the necessary measures, and guaranteeing sustainability are the key elements in a successful restructuring program. It is these very success factors that flow into the goetzpartners book logic. 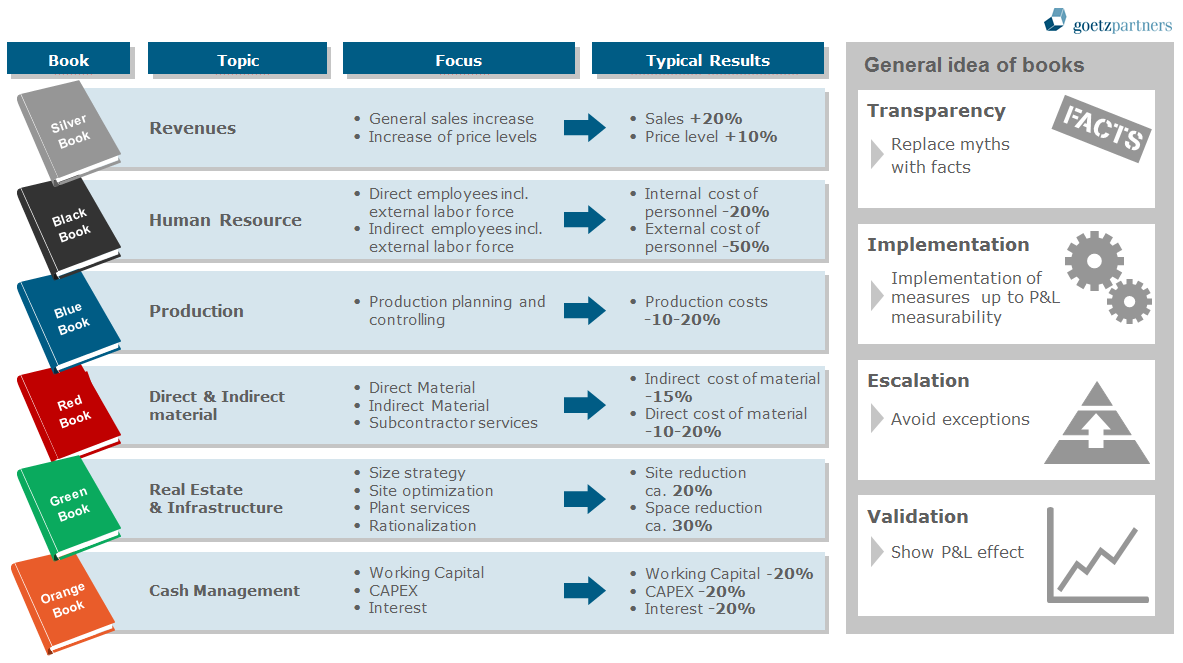 We have pursued this approach in the world’s biggest restructuring case over the past three years. Our client had accumulated some 6 billion euros in losses by 2011 and used up almost 3 billion euros in cash reserves. Following successful implementation of the program in 2013, the company has already recorded its fifth successful quarter in succession – both sales and operating profit are in positive territory and hitting the targets once more.